The wounded Mute Swan that has been staying at my Hawthorne, New York farm is now safe and sound at a nearby wildlife rehabilitation center.

If you follow my Instagram page @MarthaStewart48, you may have seen the photos of the beautiful adolescent waterfowl that somehow found its way to Cantitoe Corners back in February. For the last few weeks it was living with my chickens, Guinea hens, and geese - very content and comfortable. However, its injury needed attention, so I contacted a wildlife rescue and yesterday, two kind and gentle rescuers from Quality Pro Pest & Wildlife Services picked up the swan and transported it to Animal Nation, where it will be examined, treated, and then released or given safe and proper refuge.

Here are some photos and a little information about the Mute Swan. 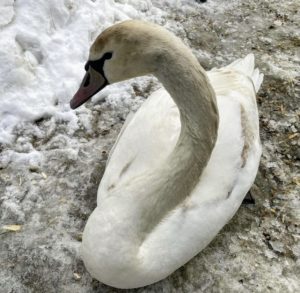 In mid February, this young Mute Swan found its way to my farm. This one is still young, but when full grown, the Mute Swan is 50 to 60 inches in length with a wingspan of about 82 to 94 inches. It is completely white and has a long, graceful neck. Immature Mute Swans have paler, dusky-pinkish bills while adult Mute Swans have bright orange bills. Unfortunately, this youngster was also wounded. 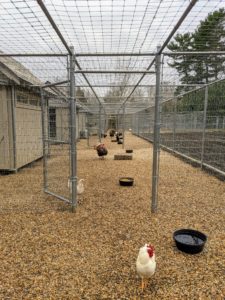 I kept the swan in my chicken yard which is completely enclosed and safe from any predators. 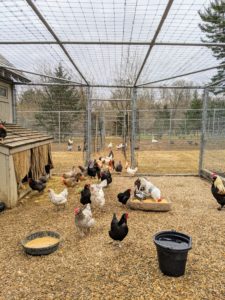 As many of you know, I keep about 200 chickens of many different breeds, as well as Guinea fowl, and a gaggle of geese. 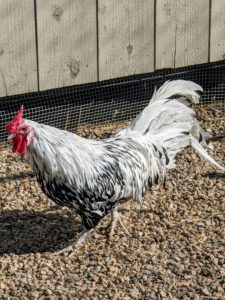 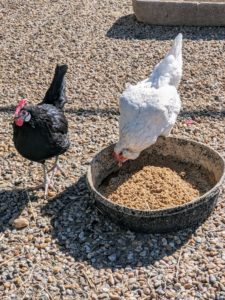 Here is a White Faced Black Spanish hen and a Splash Ameraucana hen eating outside the coop. Splash Ameraucanas are mostly white birds with random splashes of blue to black color in their feathers. 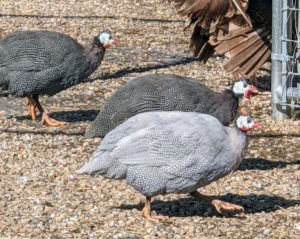 These are Guinea fowl. Guineas are Galliformes, a group encompassing all chicken-like birds. But while chickens are members of the pheasant family, turkeys and guineas each have a family of their own. They are native to Africa, and known for traveling in large, gregarious flocks. There are seven species of guinea fowl, of which the “helmeted pearl” is by far the most common with its oddly shaped helmet, white, featherless face, bright red wattles, and gray polka-dotted feathers. 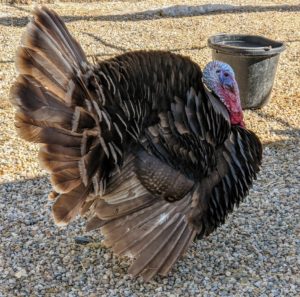 This is one of three turkeys in my coop. I have two Broad Breasted Bronze turkeys and one wild tom which also found its way to my farm. 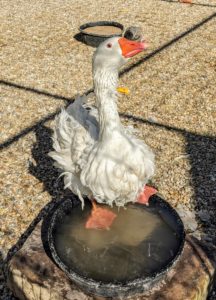 And, as many of you know, I have 17 geese. Here is a Sebastopol wading in the water dish. 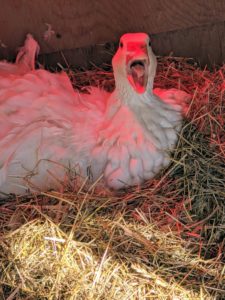 And here is a Sebastopol in its nest protecting its eggs with loud honks and hisses. 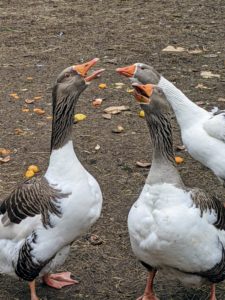 Pomeranian geese, also known as the Rügener goose, is a breed of domestic goose. Although only an officially recognized breed since 1912, this fowl was developed by Northern German farmers of Pomerania as early as 1500. These geese are excellent guards for my chicken flock – sounding alarms whenever someone enters the yard. 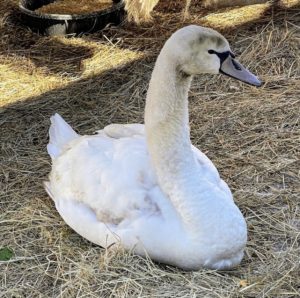 The Mute Swan seemed to be very comfortable at the farm, mingling with all the other birds. Mute Swans are very large waterfowl. They have heavy bodies, short legs, and long, slender necks. The large, flat bill has a bulging knob at the base. In its ideal environment, Mute Swans spend most of their time floating on the water. They feed by grazing on underwater vegetation in shallow water, tipping up their bodies if necessary. 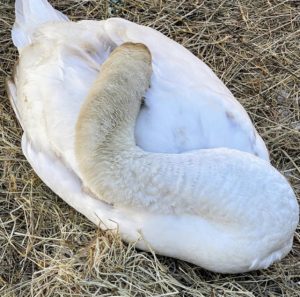 Here it is resting. Swans and other birds often rest their heads on their backs while they nuzzle their beaks into their back feathers. Sleeping this way allows birds to rest their neck muscles and also helps with heat conservation. 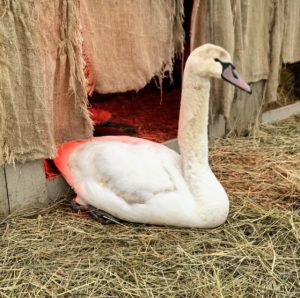 Mute swans are a non-native species first brought to this country from Europe in the late 1800s. Initially introduced in New York, Mute Swans were kept by breeders as domestics on the ponds of private estates. Mute swans are most numerous on Long Island and in the lower Hudson Valley, but they have expanded their range in recent years especially around Lake Ontario. 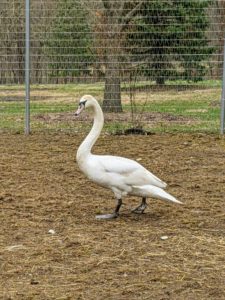 This swan needed medical care. Its right foot was badly impaired, so earlier this week, I called a wildlife rescue to come pick up the swan, so it could hopefully be rehabilitated. Do you know… a male swan is called a “cob”, the female swan is called a “pen,” and their chicks are known as “cygnets”? 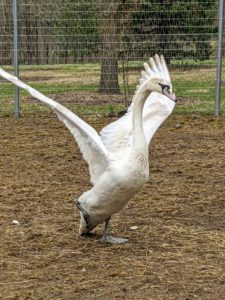 Two gentle and caring rescuers from Quality Pro Pest & Wildlife Services came early in the morning to retrieve the bird. Our Mute Swan was unsure what was happening, so it first tried to take flight. What a beautiful animal. They are one of the highest flying birds – with males averaging 26 pounds and females about 33 pounds. 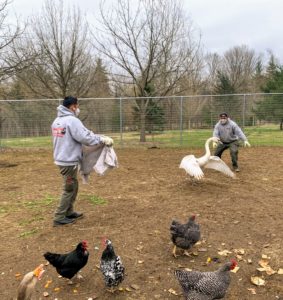 Here, the rescuers guided the swan into a corner where it could be captured quickly, easily, and without prolonged stress. Never use a net on a swan – its neck could get injured. 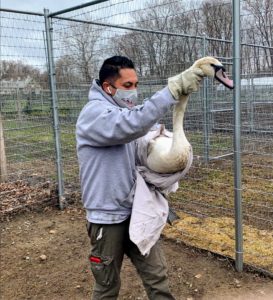 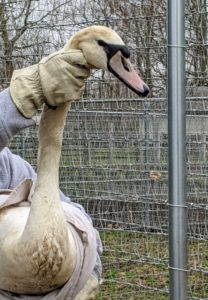 Never lift a swan by its neck. Jose is only holding it to keep it safe and secure. 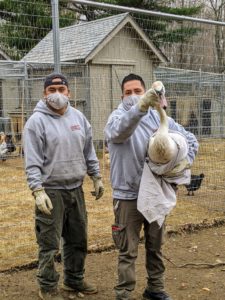 Luis and Jose captured the swan in less than five minutes. They are very experienced wildlife rescuers. 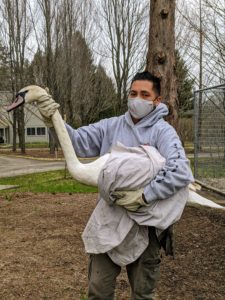 Now it’s off to the wildlife rehabilitation center, Animal Nation, where its injury can be assessed and treated. If you find a distressed or injured wild animal, please call the professionals to help. Locate a sanctuary in your area and keep the number handy for emergencies.